iSCSI uses TCP/IP (typically TCP ports 860 and 3260). In essence, iSCSI simply allows two hosts to negotiate and then exchange SCSI commands using IP networks. By doing this, iSCSI takes a popular high-performance local storage bus and emulates it over wide-area networks, creating a storage area network (SAN). Unlike some SAN protocols, iSCSI requires no dedicated cabling; it can be run over existing switching and IP infrastructure. As a result, iSCSI is often seen as a low-cost alternative to Fibre Channel, which requires dedicated infrastructure.

Although iSCSI can communicate with arbitrary types of SCSI devices, system administrators almost always use it to allow server computers (such as database servers) to access disk volumes on storage arrays. iSCSI SANs often have one of two objectives:

Storage consolidation
Organizations move disparate storage resources from servers around their network to central locations, often in data centers; this allows for more efficiency in the allocation of storage. In a SAN environment, a server can be allocated a new disk volume without any change to hardware or cabling.

Disaster recovery
Organizations mirror storage resources from one data center to a remote data center, which can serve as a hot standby in the event of a prolonged outage. In particular, iSCSI SANs allow entire disk arrays to be migrated across a WAN with minimal configuration changes, in effect making storage “routable” in the same manner as network traffic.

An initiator functions as an iSCSI client. An initiator typically serves the same purpose to a computer as a SCSI bus adapter would, except that instead of physically cabling SCSI devices (like hard drives and tape changers), an iSCSI initiator sends SCSI commands over an IP network. An initiator falls into two broad types:

An iSCSI host bus adapter (more commonly, HBA) implements a hardware initiator. A typical HBA is packaged as a combination of a Gigabit (or 10 Gigabit) Ethernet NIC, some kind of TCP/IP offload technology (TOE) and a SCSI bus adapter, which is how it appears to the operating system.

An iSCSI HBA can include PCI option ROM to allow booting from an iSCSI target.

iSCSI refers to a storage resource located on an iSCSI server (more generally, one of potentially many instances of iSCSI running on that server) as a “target”. An iSCSI target usually represents hard disk storage. As with initiators, software to provide an iSCSI target is available for most mainstream operating systems.

Storage array
In a data center or enterprise environment, an iSCSI target often resides in a large storage array, such as a NetApp filer or an EMC Corporation NS-series computer appliance. A storage array usually provides distinct iSCSI targets for numerous clients.[1] 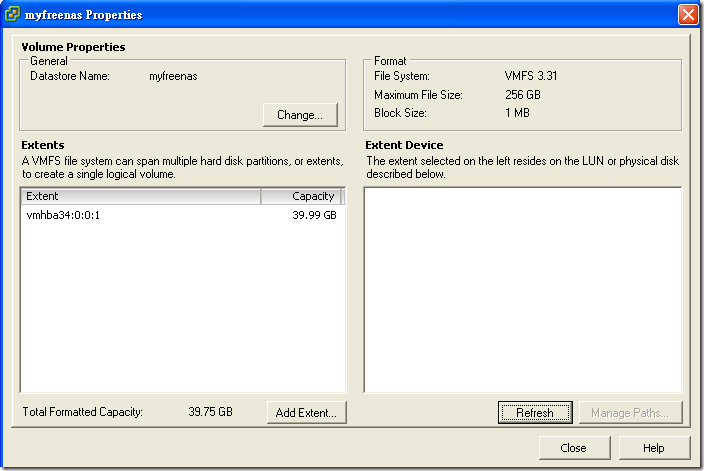